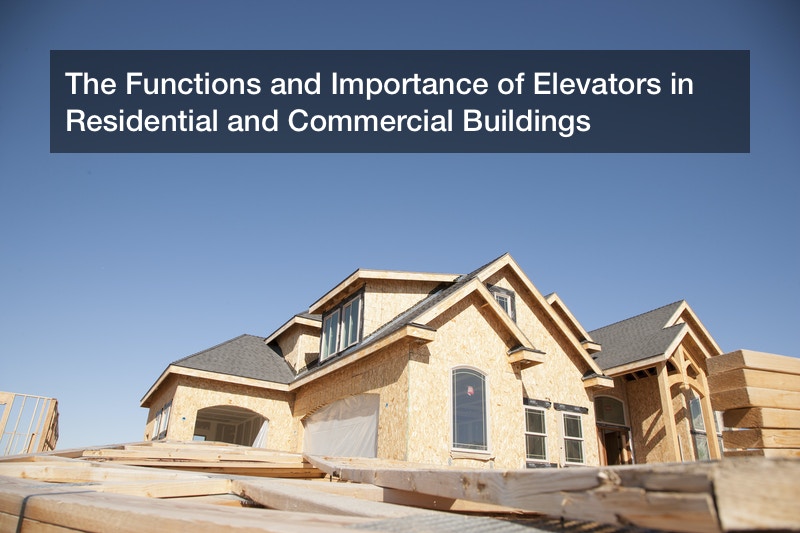 While we take elevators for granted as an essential feature of our lives, they have a fascinating history and an important role to play in all types of buildings. Residential and commercial elevators move millions of people every day. The medium and high-rise buildings that are characteristic of contemporary cities would not be possible without them. Regular maintenance and repair by a trusted elevator company can keep them functioning safely and efficiently day after day for years and even decades.

Elevators move people
Ever since the first electric elevator was installed in Germany by Werner von Siemens in 1880, passenger elevators have been carrying large numbers of people. Commercial elevators in fact made modern cities possible, by allowing them to grow upwards instead of outwards. This helped shape modern cities with their characteristic skylines dominated by high-rise buildings.
Today, passenger elevators carry the equivalent of the entire population of the world every nine days, according to United Technologies. This makes passenger elevators a kind of vertical mass transportation system. From residential lifts to commercial elevator installations, they make it possible for people to travel quickly and safely in multi-storey and high rise buildings.

Types of elevators
The total number of elevators in the U.S. is around 900,000, but not all are dedicated to moving people. There are freight elevators as well. Based on size and carrying capacity, elevators are of five kinds. They can be divided into passenger elevators, freight, LULA, home lifts, and personnel.
These are located primarily in three kinds of buildings, namely commercial, retail and residential. They operate in buildings which typically have a rise of around 40 feet, which is four or five storeys high. They’re called lifts instead of elevators in the U.K., but have the same function: to move people within buildings so they can go about their jobs and lives.

Installation and maintenance of passenger elevators
For low-rise commercial and retail buildings, designers and architects can sometimes face a choice of whether to install elevators or escalators. Commercial elevators have some advantages over escalators: though they carry fewer people on each trip, they move faster and can carry a larger volume overall. Further, they have a much between safety record.
Statistics show that compare elevator and escalator safety show that elevators are 20 times. The total number of elevators is twenty times higher than the number of escalators, but the number of accidents is one one-third higher. When elevators maintenance is carried out regularly by an elevator safety company, the possibility of accidents is further reduced.

Residential and commercial elevators carry large number of people on a regular basis quickly and safely. Routine maintenance and repair can help them continue to function seamlessly in this busy world that relies on their services.