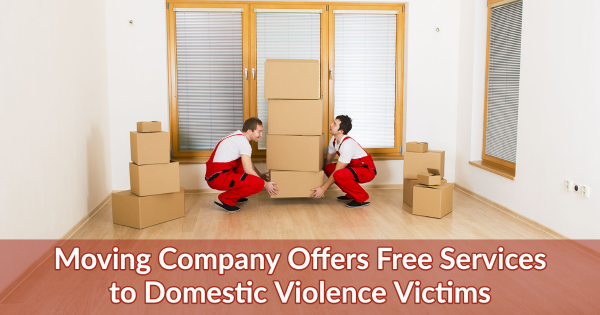 Moving is often listed as one of the most stressful experiences that most Americans will undergo, and understandably so. Despite the fact that around 43 million Americans move every year, the process is not always straightforward or easy. Oftentimes, thousands of dollars can be spent on a move across a town. Depending on how many items are moved and how many vehicles and workers are needed to transport those items, hiring a moving company can potentially be quite expensive. Although there are moving companies that offer services for significantly less money than some of their competitors, people need to be careful about who they work with. Movers are given quite a bit of trust from their clients. They are allowed into the homes of their clients and have access to virtually all of the clients’ personal belongings. It is not unheard of for untrustworthy moving company employees to steal from clients, and it can be very difficult for an individual to get their items back or demand compensation following a theft of this nature.

Additionally, moving individually is either similarly costly or time-consuming. It can be difficult for a person to get the time off of work necessary to move. This is entirely separate from the other issues that come with moving independently. People need to rent moving vehicles and moving equipment like forklifts. Additionally, they must be careful to avoid the injuries and property damage that can easily be inflicted when amateurs move themselves. Moving independently can actually be quite risky when heavy objects are involved, as they often are. Ultimately, this is why many choose to hire moving companies in the first place. However, hiring a moving company can be out of a person’s budget, especially when they are moving under different circumstances. Although many individuals move in order to access better areas or jobs, or in order to better their lives in general, others move due to circumstances that are more fraught. Many people find themselves moving to escape abusive homes. In those cases, they need to do so as quickly as possible but are often faced with obstacles like expenses and logistics. Fortunately, there are socially conscious organizations like College HUNKS Hauling Junk and Moving that offer assistance so that victims of domestic violence can leave their abusive homes. 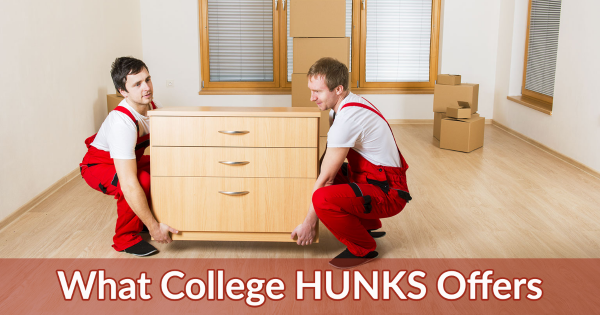 The program College HUNKS Hauling Junk and Moving is a fairly recent concept and aims to help individuals and families across the United States and Canada. Already, it has provided over 100 free moves to people fleeing abusive homes, which is perhaps especially important in the midst of the COVID-19 pandemic. COVID-19 has forced individuals to stay home more than they once did, which has led already toxic home life situations to become even more dangerous. Although abusers will be abusive regardless of the pandemic, shelter in place laws and work from home scenarios force victims to spend more time in closer proximity with their abusers. Additionally, they are not seen as often by friends and coworkers, and therefore there is less opportunity for them to be checked in on or for them to discreetly ask for help. The pandemic makes it easy for abuse to go unnoticed behind closed doors, and therefore it’s also easier for abusers to avoid felony charges or be held responsible for their crimes in other ways.

The pandemic has always caused a great deal of economic turmoil. This makes it significantly more difficult for victims of abuse to leave their abusers and become financially independent. Financial dependence is one of the main reasons why individuals stay with abusers, and it can be difficult for women with children, in particular, to justify leaving an abusive spouse when they lack jobs or financial stability. COVID-19 has put millions of Americans out of work. Those leaving abusive homes often need to contend with not only the expenses involved with finding a new home and moving but the fees that come with divorce as well.

While there are shelters available for homeless individuals and battered women, moving from a home to a shelter is a less than ideal option, especially if children are involved. This is why many victims of domestic violence put off leaving, putting away money over time in order to put down a deposit on a furnished apartment or another option in order to move as easily as possible. But this still leaves the significant costs associated with moving itself, which can be difficult to contend with. Fortunately, socially conscious organizations have over time recognized that the expense associated with actually moving is one of the main obstacles keeping individuals from leaving abusive living situations.

College HUNKS is not only offering free moving services but the ability to shed light on these types of difficult situations particularly prevalent in the midst of a pandemic. However, College HUNKS is not the first among socially conscious organizations to offer free moving services to victims of domestic violence. Over 20 years ago, Meathead Movers began a similar program and has continued doing so ever since. Partnering with eight different domestic violence shelters across Central and Southern California last year, they donated $150,000 in moving services to victims of domestic violence. When individuals do not need to pay for moving services, they are able to put their money towards other important aspects of leaving an abusive home, like putting a deposit down on a new property or hiring a divorce lawyer.

Taking Advantage of These Services 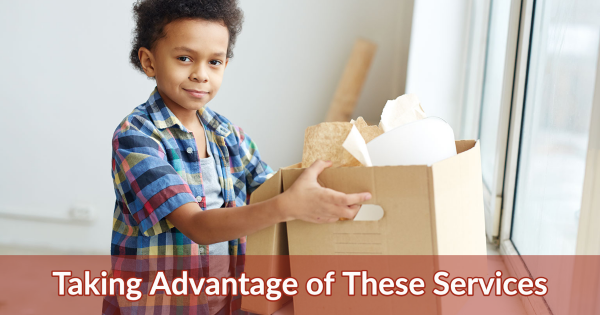 College HUNKS has 131 franchise locations across the U.S. and Canada, and their program is available at any of these locations. They do have an application system available for those in need. Firstly, individuals in need of help should contact their local domestic violence crisis center in order to notify them that they need assistance. The shelter will then need to approve and certify the applicant’s need, and move their request on to College HUNKS. This coordination between socially conscious organizations will ensure that the person in need is taken care of to the greatest possible extent.

After the approval is met, the shelter and College HUNKS will work together in order to coordinate with local authorities. Although getting the authorities involved can be intimidating to some victims of domestic violence, it is important that the authorities are notified and aware of the fact that the move is occurring. This will ensure that both the victim of domestic violence and the College HUNKS employees involved in the move are as safe as possible throughout the move. When people leave violent homes, they are more at risk than ever before; this risk can be spread to those helping them leave. The authorities will only be involved with the move as needed, and working with them does not mean that anyone will be arrested. Those that have been out on bail bonds in the past or have criminal records can still benefit from College HUNKS’ program.

Often, being able to rely on outside help and having their crises recognized by socially conscious organizations can help victims of domestic violence recognize and process the trauma that they have been through. Being the recipient of the empathy offered by the College HUNKS program is highly beneficial in that it offers a kind of real support from strangers. Not only does this benefit victims of domestic violence; it’s also beneficial to those helping them, allowing the employees at College HUNKS to feel that they are doing a real service.

Additionally, the presence of professional movers can actually make exiting a violent home safer for the victim of domestic violence. Ideally, moves should be coordinated to take place when the abusive party is not home; perhaps when they are at work or even traveling. It is not uncommon, however, for abusers to become aware of the fact that they are being left by their partner and to be present at the move. This can put the victim of domestic violence at even greater risk if they are moving alone, as tensions can flare during this time. But this is much less likely to happen if an individual is not working through their move alone. Essentially, those involved in the move are acting as witnesses in a sense. The presence of movers like those that work for College HUNKS could very well prevent a crisis from happening, and keep a victim of domestic violence from needing to see a doctor — or worse.

The Obstacles Facing Victims of Domestic Violence When Moving

There are many reasons why the services offered by socially conscious organizations like College HUNKS are so vital to individuals leaving violent homes. As previously mentioned, moves are expensive, and individuals in violent homes are often working with limited resources. As they attempt to take care of the costs associated with divorce cases and finding new homes, they’re quite often not the primary providers of income in their homes or have limited access to their funds. Financial control is one of the primary ways in which abusers assert power over their partners and prevent them from leaving.

This can also speed up the moving process significantly. As socially conscious organizations surrounding domestic violence prevention often advise, the longer an individual is in a violent home, the more at risk they are of being killed. Violence tends to escalate in abusive situations, rising from emotional abuse to physical abuse quite quickly. When an individual is moving on their own, it can take them days to do so. The College HUNKs program can help ensure that a victim of domestic violence will be able to leave their home quickly and efficiently.

Although offering these types of services to individuals and socially conscious organizations is a priority for College HUNKS, it is not the only way in which the company gives back. Moving companies have resources available that can help a wide range of people, and thanks to its widespread nature College HUNKS is able to offer those resources across the continent.

Giving Back to the Community Beyond Moving 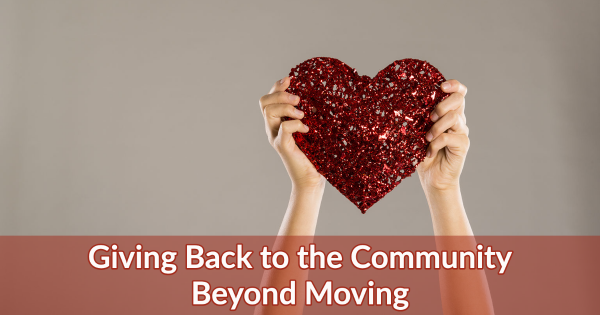 One of the greatest resources possessed by College HUNKS is its nationwide fleet of trucks. In the midst of the COVID-19 pandemic, the company offered trucks for transporting medical equipment and testing supplies, as well as relocating beds from one hospital to another. The trucks were also made available so that water could be delivered to healthcare workers, who have been working more than ever in the crisis.

Furthermore, the company has been donating meals to the organization Feeding Children Everywhere. For every job that College HUNKS completes, two nutritious meals are donated. This has amounted to over 1 million meals being donated in total.

This not only represents the core values of the company but calls back to the fact that it began as a small endeavor. Nick Friedman and Omar Soliman began College HUNKS as a pair of literal college friends, with nothing more than an old cargo van. HUNKS is in fact an acronym, standing for Honest, Uniformed, Nice, Knowledgeable, Service. By working with socially conscious organizations in order to help people in need, the company is upholding its values for the long term.

Again, moving is always complex. But leaving a violent home is more complex than moving quickly because an individual chose the “sell your house fast for cash” option over a gradual and traditional move. With the help of socially conscious organizations like College HUNKS, however, individuals have the option of leaving violent homes safely and efficiently.